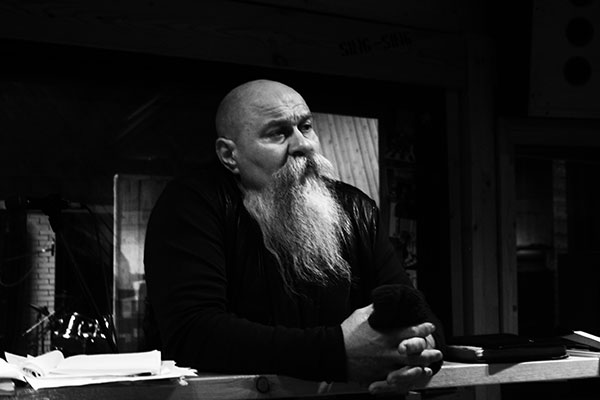 Nicknamed Louis (after Armstrong) is probably the best-kept musical secret of the Balkans. If any musician has deserved to become an absolute global star it’s him: a multi-instrumentalist and a phenomenal singer who can effortlessly move from deeply moving Eastern-Serbian ballads to a soul or jazz classic scat-singing n’ all within a minute. Louis was one of the very few musicians working today who’s completely comfortable in both his Balkans’ musical tradition and the Western jazz and pop. On the cusp of his world breakthrough he died 31st of July 2011. in a horrible car accident. He was 59.

Ljubisa Stojanovic Louis was born in Leskovac on June 25, 1952. He has got four sons and a two daughters. He has been a professional musician since 1970 and his stage name Louis originated when he was nine years old as he was rather successful in intepreting Louis Armstrong’s songs. When he finished primary school he moved to Niš and enrolled in high music school – solo singing and music theory. From 1969 he has been a member of the Nis Association of Pop and Jazz Music. When he finished music school he enrolled in the Faculty of Music Art in Belgrade and majored in solo singing and composition with arrangement and folklore.

He was among the first to combine jazz with the recognisable sounds of his country’s folklore. At the 1971 Festival in Knjaževac he won the first prize for the modern arrangement of the popular old folk song U Stambolu na Bosforu (In Stambol, on the Bosforus). He was fully affirmed as an artist at the pop festival in Japan where he won among the really tough competition from all over the world singing a song composed using the folk music of southeastern Serbia.

In September 1980 he recorded his first record titled Ne Kuni me, Ne Ruzi me, Majko (Do Not Scold Me, Do Not Rebuke Me, Mother), which became diamond. From October 20, 1983 to December 5, 1983 has was on a big tour in the then USSR winning numerous awards for the quality of his interpretations.

In February 1984 he recorded his second record DUDA which became platinum and reached the top place on Yugoslav charts. Louis is a frequent participant in humanitarian manifestations and he gives one such concert in Negotin every year the profits of which go to children without parental guidance. The profits made in the soloist concert Louis held on January 14, 1985 was placed in the fund for child victims of hunger in Ethyopia.

His rugged beard and robust figure give the impression of a dangerous figure from the mountains that walked straight out of a folkloristic Grimm tale. But Louis is more a gentle giant. A real familyman who lets no opportunity pass to pose with his wife, children and grandchildren on his album covers. His albums have been a little forgotten but in the Eighties many progrock artists like Mike Oldfield heard his music and were really impressed. Louis is not folklore or worldmusic in its pure sense. he mixes rock, pop, jazz and folk into one. Not in the Balkanbeat way we know from Bregovic, less euphoric more singer/songwriter. His albums of the eighties are worth seeking out. He was on the verge of an international rehabilitation on snail records before his untimely death. 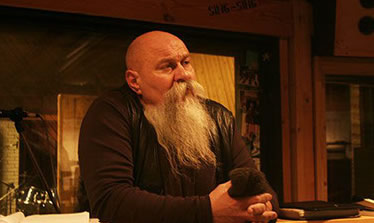 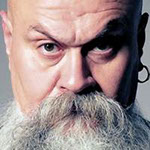