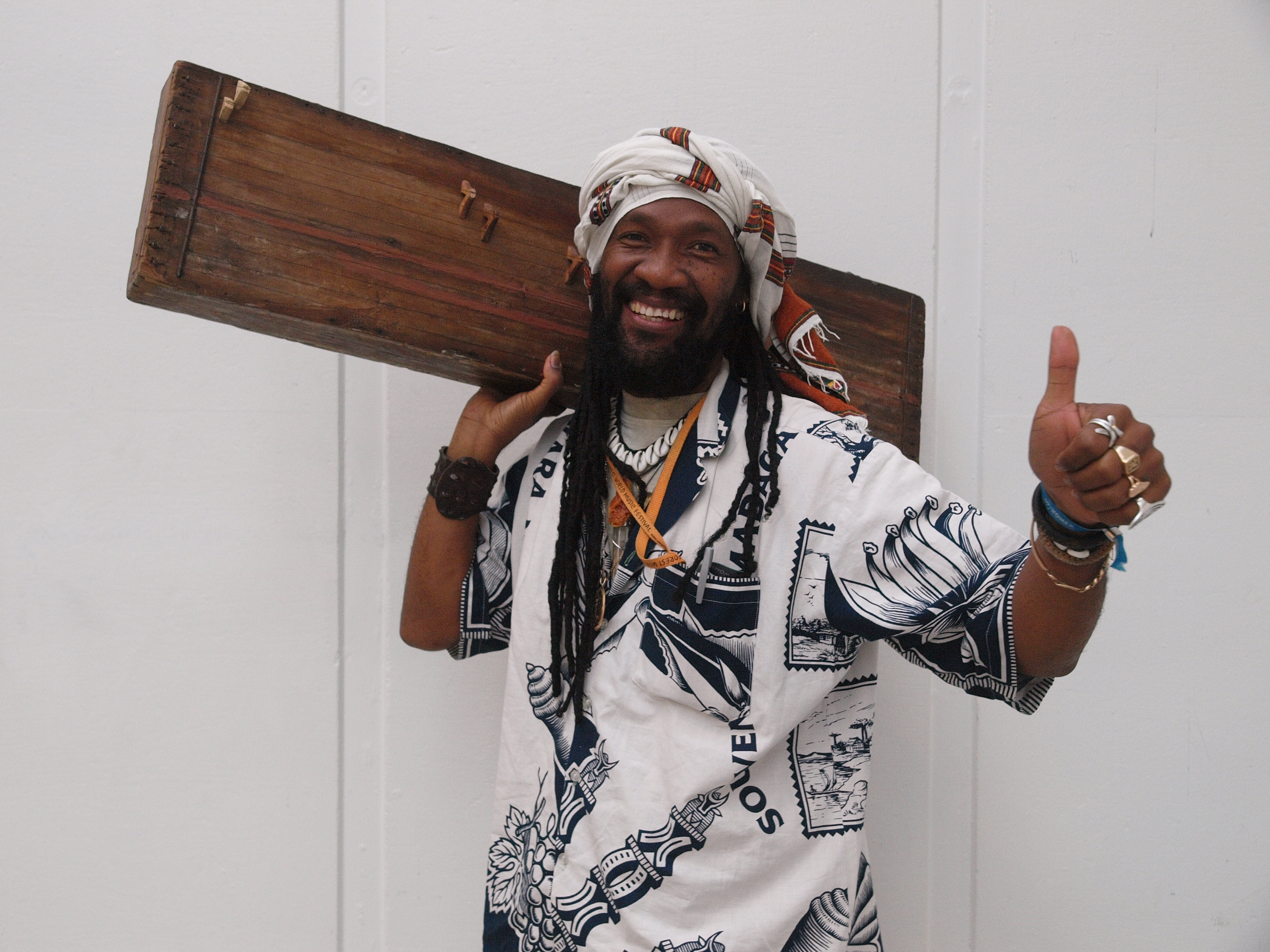 Kilema was born in 1960 in Toliara, a small coastal city in the Southeast of Madagascar, lapped by the waves of the indian Ocean as it passes through the Traits of Mozambique, right at the hart op the Tropic of Capricorn. His parents had clear ideas as to the best education possible for their children, and so sent them to the most prestigious school in Toliara, the Sacred Heart of Tsianaloke, run by the French missionaries. The nature of the institution meant that Kilema and his siblings received a thorough education, not only in academic terms, but also in its rigorous – some might say excessive – discipline, based on the classical European education system. All this helped to forge Kilema’s character, which still bears the traces of those formative years.

Kilema’s interest and training in music began in his childhood, through the Tsianaloke parish choir in which he sang every Sunday with his 5 brothers. With the help of his musical teacher, Frère Lefèbvre Laurent, with whom he still maintains contact, Kilema gradually improved and strengthened his singing ability.

Growing up in an Amborogony household with five brothers and three sisters offers a child the possibility of knowing and contrasting a multitude of life experiences, which will accompany him throughout his life. Seeing his siblings dedication to music sowed the seed of Kilema’s future vocation. His brother Germain still plays the drums and saxophone now; back in his youth he fronted a popular dance music band in Toliara called ‘The Shoot Guns’, playing at parties and cabaret nights. He would practice at home, to the delight and awe of his younger siblings, while Kilema would take advantage of Germain’s breaks and absences to secretly play his instruments, such as the drums and guitar, exploring in his own way the sounds they created.

Germain was the only member of the family whom their father allowed to work as a musician who believed that “one cannot live off music” and did not allow his children to ‘waste’ their time on it. Kilema can recall one time when Germain was trying to teach him a few notes on the guitar. Rapidly losing patience, he told him that “ … you’ll never be a musician …”

The climate of political change which Madagascar experienced in its first few years of independence reflects the sometimes awkward cohabitation of ancestral traditions with the hangover of French colonialism. Thanks to his mother, Kilema had always had the opportunity to attend traditional Malagasy religious rituals, a syncretic blend of ancestor veneration and Christianity, both Catholic and Protestant, which dominated the country’s religious landscape.

Accompanying his mother at these ancestral rituals he discovered the ‘marovany’,and ‘mandoliny’, handcrafted instruments harmonically synchronized to facilitate the trance of the spirit mediums. This was the music of his roots, pure and simple.

From this time on, Kilema dived headlong into the task of teaching himself, sharing the experience with his neighborhood friends, making his own instruments – particularly the small guitar mandolin – using bicycle brake leads for strings. Despite their paternal prohibition, Kilema and his other sibings Selma, Benja and Nesta kept alive the flame of music in their family.

But once he reached adolescence, KIlema watched with a heavy heart as his childhood friends – including Regis Gizavo, “Tsanga”’ and Lepiera – began playing in local bands, while he had to content himself with the Choir of the Church of Sanfily, organising occasional concerts with the aim of raising funds for the poor people of his neighborhood. His father remained inflexible about his children’s education, and once he had finished his high school diplaoma, Kilema decided to head off to Antananarivo to begin a university degree in English. Kilema’s affinity for music grew, however, as he started playing in bands with fellow students and performing as cabaret nights in the big city. The grant which he had been awarded did not cover all of his basic needs, and so he went to an audition at the Papillon Bar nightclub at the Hilton hotel. Helped along by a recommendation by his childhood friend and fellow musician Tsanga, he got the job.

During his two-year contract with Hilton, he and his bandmates formed the group ‘Cadence Bleue’, which toured up and down the country, even travelling to the neighbouring island of Réunion. This was a crucial stage in Kilema’s professional future; in the nocturnal festivities of that famous hotel Kilema discovered a route to deep personal satisfaction pursuing what he loved most in life; creating music and performing it. It was an added bonus to be remunerated for his enjoyment – a privilege denied him by his father. His Parents had passed away by the time Kilema finished university, and with his inheritance and the support of his brother Benja, who lived in France since 1979, he decided to take the plunge and move to Europe.

Arriving in Paris in 1993, Kilema began to move about and collaborate with other ‘Malagasy’ bands, playing at parties and celebrations held by his compatriots. He got in contact with ‘Dago Group’, which had become popular playing at all kinds of celebrations. It was during one of these performances that he met Doudou, a member of the Justin Vali Trio, torchbearers of traditional ‘Malagasy’ music who were enjoying great international coverage at that time. The Jusitin Vali band needed a drummer for a festival in Moers, Germany. With his personable nature, as well as his references – especially his links with Cadence Bleue abd Dago Group – Justin Vali’s manager, Sir Alizadeh, called Kilema back the very next morning. After a trial period, Kilema travelled with the band to Germany, and then on to Italy, the UK, Spain, etc… He remained an official member of the group from 1993 to august 1997, accompanying the trio with his small kabosy, katsà, voice and above all his ability to captivate listeners with a musical exuberance which resonated with a wide range of audiences.

The Justin Vali Trio played on the international festival circuit for more than four years, including WOMAD, run by Peter Gabriel’s record label Real World, in places as far as Australia, New Zealand, Japan, Europe and the Eastern Bloc. They were even invited to participate in the 25 year anniversary celebrations of the legendary US festival Woodstock in 1994.

Playing on this circuit offered Kilema the chance to get to know music from other parts of the world, bands, sounds, and all their subtleties, discovering at the same time the cultural wealth of the planet, and highlighting the value of his own. This has been the catalyst for him to research and immerse himself into his cultural heritage, especially that of the South of Madagascar, replete with ancient traditions based on the practice of animism – bringing deeper meaning to his memories of those childhood trips with his mother. From that moment on, Kilema considered himself a nomad, a citizen of the world and an ambassador for Malagasy music, the music of his motherland.

Kilema has music in his blood; it is a part of his life and for him a life without music would be unimaginable. Any instrument which finds its way into his hands he plays, interprets, adapts to the rhythms of his birthplace. 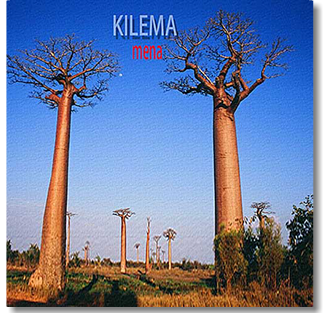 In 1997, after the dissolution of the Justin Vali Trio, Kilema decided to push a new project forward, this time bearing his own signature, and created a band under his nickname – a kind of colloquial translation of his first name, Clément. With the project outlined clearly in his mind, he got to work studying and deepening his skills in the traditional music of his country, particularly that of the South. This is what enabled him to rediscover the marovany, an instrument regarded as having a magical quality, and fundamental to the trance rituals of the ancestor cult. The marovany has now become Kilema’s musical emblem, pivotal to most of his compositions and performances. Constructed entirely from salvaged materials, it is made of a hollow, rectangular wooden box with twelve metal strings on each side. The strings are made of wire and even today are not produced commercially. They are built by the mediums of te trance rituals, and Kilema adapts them to use on stage.

1999 saw the release of Kilema’s first CD with his new band, on the Iris Music and Harmonia Mundi label, under the name ’Ka Malisa’ (‘No Rush’). It picks up where Kilema left off on the world music festival circuit around Italy, France, Spain and other countries. While promoting the CD he settled in Andalusia, Spain, where he started to develop a new kind of musical training with Andalusian and Malagasy musicians who have accompanied him ever since. In 2003 he published his second CD, ‘Lavi Tany’ (‘Far From Home’), which is tinged with a certain nostalgia, accentuated by the great similarities between the Andalusian and Malagasy lifestyles. In Andalusia he founded his ‘second home’.

Meanwhile, concerts dates started coming thick and fast; Mlaysia, the USA, Japan, Finland, France, Italy, Portugal … Kilema’s constant work on the international world music circuit has established him as a point of reference in the field of traditional Madagascan music. In 2008 , Kilema and his band celebrated their tenth anniversary together – and what better way that to release a new album ?

‘Mena’ (‘Red’) digs deeper into Kilema’s cultural roots, and reflects somewhat sadly on our new, globalized world and the role of the media in portraying nothing but the worst of our planet. Despite this perspective, Kilema expresses his music with an irrepressibly cheerful, positive spirit, the same way the Malagasy people deal with the difficulties of their daily lives in a country which has so little, and yet enjoys life so much. Kilema recorded ‘Mena’ in Belgium together with Madagascan and Andalusian musicians, as well as his brother Nesta and his ‘white brother’ Pedro Delgado, from whom he has been inseparable since 2000. 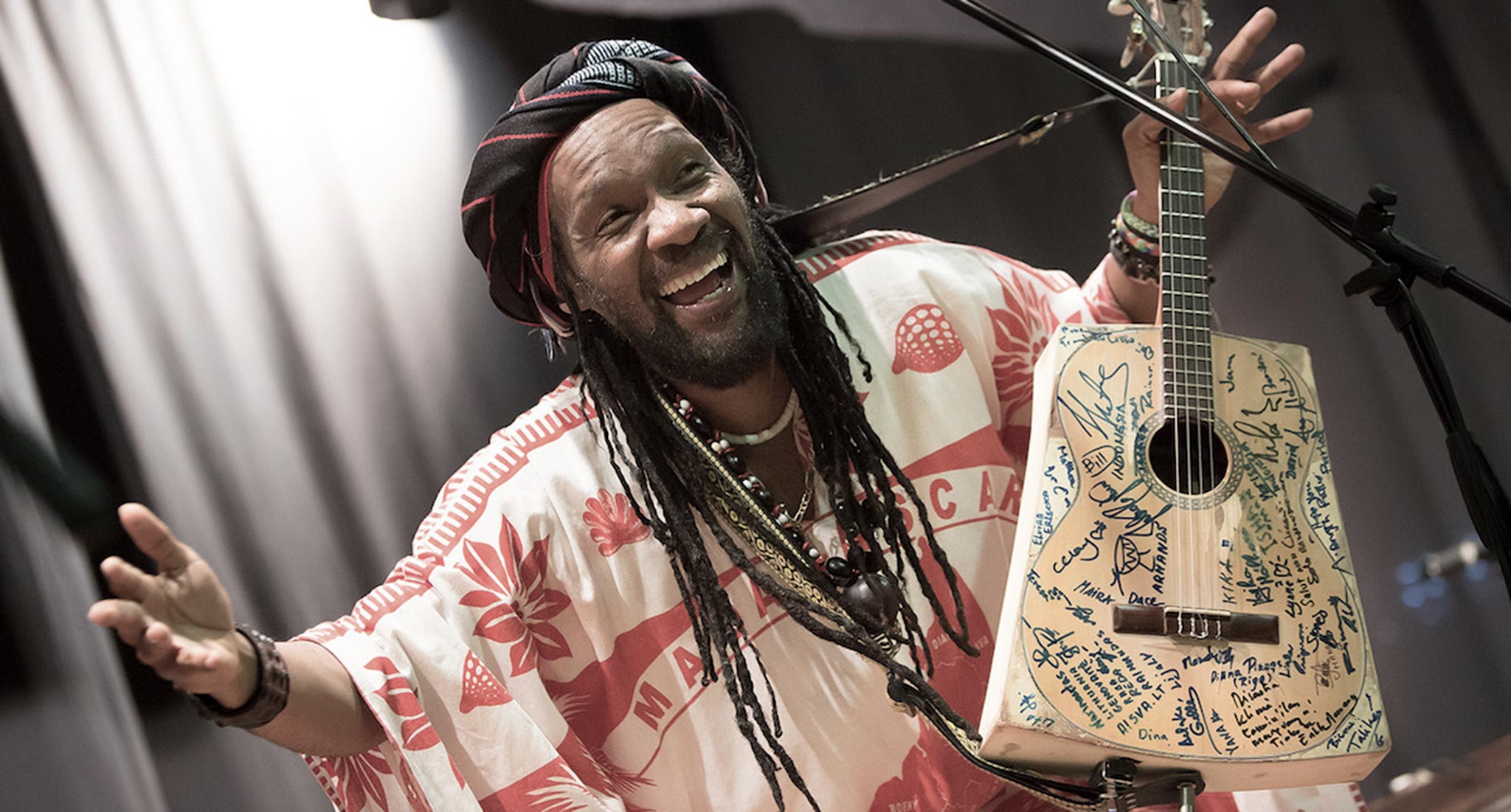 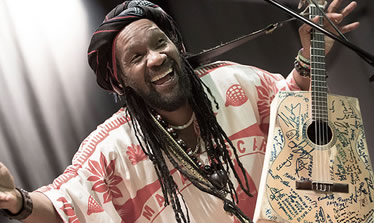 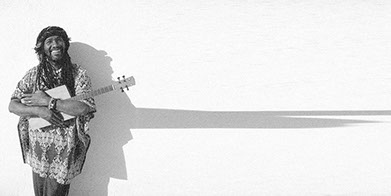