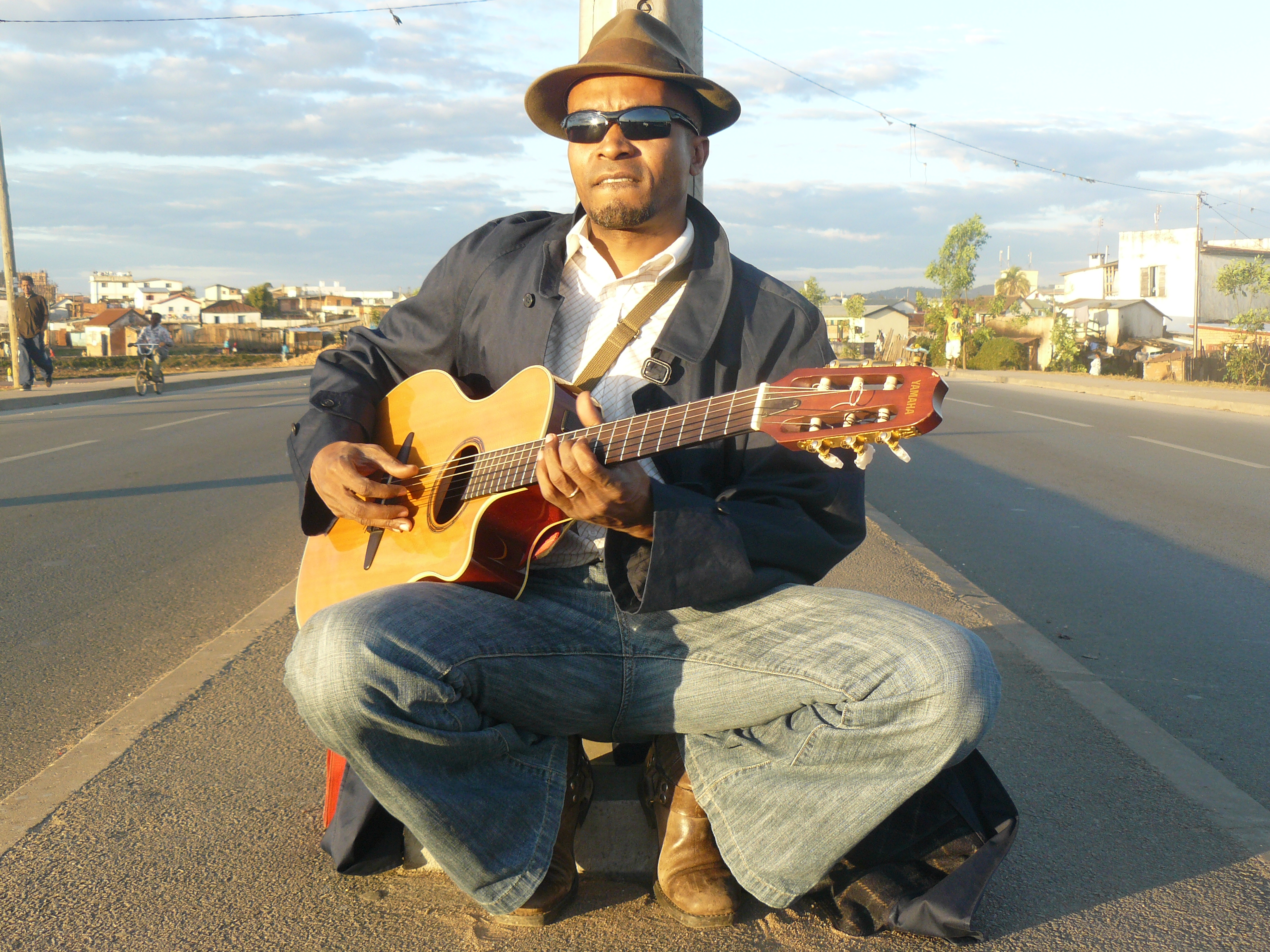 Robotoson Mampandry Modeste – nicknamed Fataka was born at Belosur-Tsiribihina, in the west of Madagascar. His first dream was to become a doctor. He remembers being in awe of his father, still a medical student then, wearing his white gown, a stethoscope hanging around his neck, with a blood pressure meter in hand. Fataka got his nickname in his childhood but can’t remember why of who gave it to him. He didn’t like it, though which is rather unsurprising considering that the word means “a rooster” or , if you will, “a cock”. He remembers always being mocked because of that, and it took him a long time to accept it.

But there were pleasant things to remember too. Like listening to the music on the shortwave radio. Many African radio station could be heard clearly in Madagascar, an island nation, off the southeastern coast of Africa. Fataka’s father loved listening to the radio, especially the shows from the legendary Voice of America. At night he’d get just a few hours of sleep, and then wake up, patiently waiting for the music which he would then often tape on cassettes. He loved guitar music in general. American country tunes and singers – people like Don Williams, Dolly Parton and Emmylou Harris – as well as the blues songs sung by Ray Charles. The local Malagasy folk music was always there too.

In Madagascar, particularly in the region where Fataka grew up, the old traditions and culture are still very much alive. Music, too, plays a huge part of the daily life. The people sing working in the fields, while hunting and fishing. The shepherds sing while looking after their flock. Of course, just like everywhere, they all sing and play for fun and pleasure too. During the festivals and feast, different groups can be found sharing the same space, playing and singing at the same time, without being in each other’s way even though the genres and repertoires played can vary strongly.

As a boy, Fataka often sang together with his cousin. They would take a piece of wood pretending it was a guitar, so when he was 11, his father got him a real thing, a cheap little acoustic guitar made in Korea – Fataka still remembers the name of the manufacturer : it was a “Kapok”. He’d watch his father trying to master a church song – Tia Zaza – and asked him to teach him. It took him a while but finally, he did it – he could play his first tune even though it was just one string. Afterwards, he couldn’t help feeling that this was a beginning of something. Soon enough he’d learned more songs and that same year he joined his first band formed by children at the local church’s Sunday school.

By the time he was 13, he knew he wanted to become a musician – a guitarist and a singer. He dreamed of having albums with his name printed on them and making a living out of it. Every day after school, he’d take his guitar and go to someone who could play. Sometimes he’d bring a tape, and ask the players to copy the songs from it, and watching carefully, studying the way they learned the songs by ear. At home he’d try to repeat it, and little by little he was able to do it too. He still couldn’t name the chords he was playing.

When he was 17, he joined the church choir as a guitarist. The experience helped him to improve his chords and harmony knowledge as well as his singing. He started to write too, for the first time. At 20 he went to the University of Tananarive to study medicine, on a very meager scholarship. His younger sister who got married and moved to the city, helped him a great deal, and continued to do so throughout his college days.

Even though he worked hard at his studies, together with a couple of friends he started a band called Tsivery. The band played mostly the Malagasy folksongs, and some of the “world music”. They recorded three albums and played a few international festivals, in Norway in 2003 and in Denmark in 2004. They had steady weekends gigs in Tananarive, or they’d be accompanying other performers in concerts and studio sessions. In the meantime, Fataka finished his studies in 2003 and became a medical; doctor.

Still, he continued to do the studio work, until the owner of the studio asked him to join him as a permanent session guitarist, which he accepted. He had already built a repertoire of his own songs and wanted to record them but couldn’t afford enough studio time. He had spend three years there working as a guitarist and technical assistant, before getting back to his job as a full-time doctor. While working there he started discovering other kinds of music and influences.

Yet, his main inspiration was his love for the island and his native region of Menabe, the lyrics reflecting the traditional values and the life of the people, even though he wrote a few love songs. 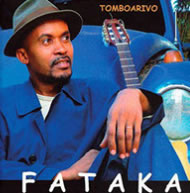 There are 18 official ethnic groups in Madagascar, but sometimes that distinguishes the Malagasy people is the notion of “Fihavanana” – a need of building a network of relationships that goes beyond one’s family or ethnic group. It is a wish to connect with different people and ethnic groups.

The album’s title – “Tomboarivo” reflects that. The word has a variety of different meanings: in parts of Madagascar, for example, with “Tomboarivo!” parents bless their children when they’re about to leave home and start their own lives.

But there is another meaning that bears a special significance for the artist, and it can’t be understood properly without some knowledge of the island’s troubled history.

Tomboarivo is one of the villages at  the coastal region of Menabe, founded in the XVIII century by the Sakalava kings. The kings were also slave traders. Their chief “business associates” in this shameful practice were the European pirates, the Arabs, and the Indo-Pakistanis. The slaves and the cattle were often exchanged for guns, which enforced the kingdom’s military power.

Literally, Tomboarivo means: “reaching a thousand”. The place got that name because of an astonishing practice: as soon as the number of slaves reached a thousand, the slaves would be sold and subsequently sent to the usual destinations: Brazil, South Africa or the Antilles.

It is, then, not surprising , that when Fataka sings the chorus from a famous traditional song – one that his people sing during celebrations and ceremonies – “It is in Tomboarivo that our ancient brothers live” , the lyrics suddenly get a whole new meaning.

A ceremony called “Lohavogny” is held there every year in May. Literally, “Lohavogny” means “Yellow head”, and it is a ritual in which the Sakalava Menabe people offer the first and the best produced products of that year to the Kings. It is also a metaphorical act of thanking God and the ancestors – asking them for blessing. Since this is Fataka’s first international album, he sees it as his own sort of  offer, hos Lohavogny to his future audiences and to the world.

All songs recorded and mixed by Bivy at the Mars-Tananarive Studios in Madagascar, 2007-2009

Mastered for snail records by Wim Bult at www.inlinemastering.com 2010

First of all, I thank The Almighty God

And also, I would like to thank the musicians and the people who helped me making the album become a reality: Miminy, Joselito, Boana, Ericka, Eva and Botry.

Special thanks to: Stephen de Comarmond, Cyrys Parfait and all staff at Studio Mars, Dragi Šestić and all staff at Snailrecords, Rajery and all staff at Valimad Productions, Simon Prod, Haryson and all staff at Radio National Malagasy, Be-Pro, Tsiagnara, Toetra, Kekely, Memena, Tahio, Sôlô, my son Aaron and my wife Pepela, Anjara, Augustave, Feline, Solofoniaina A. I could go on and on but unfortunately we don’t have enough room to include everyone! I am sorry if I forgot someone!

All songs published by Snail Publishing 2009 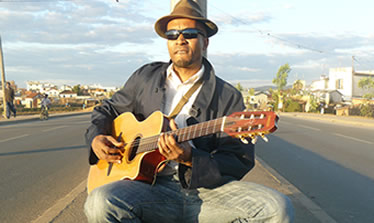 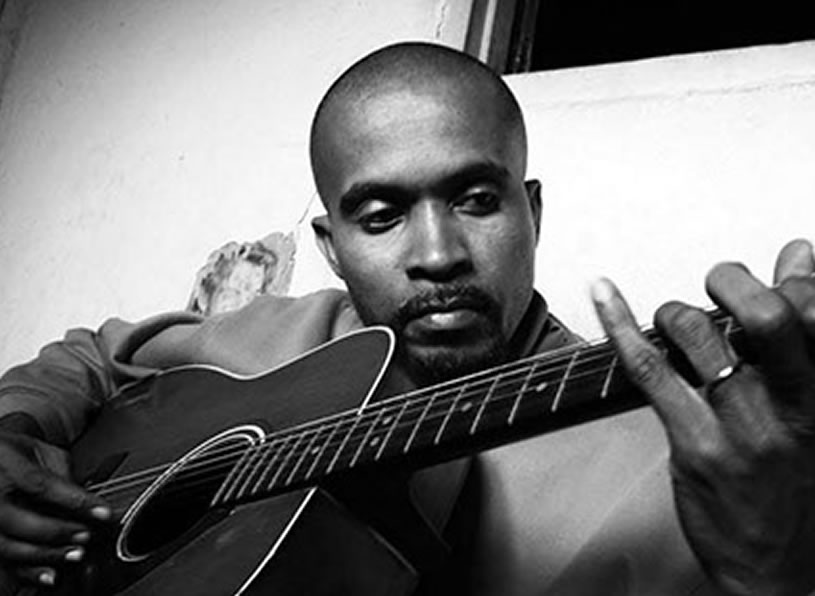 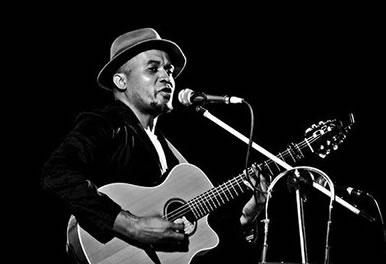